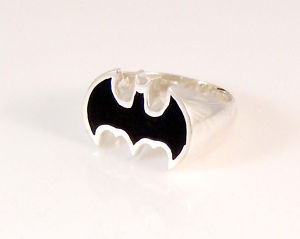 “Move over!” Bill Drinkas pushed me, almost making me spill my carton of chocolate milk as I was taking a sip.

“Keep your darn elbow on your own side.” Bill said.  The fifth-grade cafeteria tables were jam packed. I ate with my left hand and just about everyone who sat on my left side would usually be accidentally bumped if we inserted food into our mouths at the same time.

“I said move!” This time Bill shoved me so hard my peanut butter carrot stick flew out of my hand and hit Mildred across the table.

“Eew!” Mildred yelled as she wiped the peanut butter from her white blouse.

“Sorry Mildre…Hey!!” Bill shoved me again. This time I pushed him back hard.

“Do you wanna fight?” Bill challenged me. What could I say? Bill was the school bully and unfortunately taller and fatter.

“Meet me after school.”

“The rest of my carrot stick went down my throat dryly. Everyone at the table heard the challenge. Everyone also knew that there was going to be some entertainment seeing Bill beating the crap out of me.

“Three o’clock at the back of the school.” Bill confirmed the deadly appointment.

“I’ll be there,” I said toughly, knowing this would be my last day on earth. Then I wondered how in the world I accepted a duel to the death simply from bumping elbows.

Before three o’clock, everyone knew about the event. I was praying a teacher would come to break it up before I would get my neck broken.

Later on the playground, I had hoped everyone would forget the situation, but everyone chanted, “Big fight after school, Bill Drinkus and Michael Watson.”

I would be labeled a coward for the rest of my life if I didn’t show up, so there I was. My friend Raymond was there for inspiration, but said I would have to do the fighting myself. Bill had four bully friends on his side, as he pounded his fist in his hand.

Mom had bought me a Batman ring for my birthday. It was small but was made out of solid sterling silver. One whack with that and I could knock Bill out.

“You have to remove your ring,” Raymond said.

“It’s not fair, Michael. Bill doesn’t have ring so you have to take it off.” I reluctantly pulled off the silver-winged piece of jewelry and stuffed it into my pants pocket. Everything was going to be okay, I thought. I was in the right. God would protect me.

Bill raised his arms in a threatening pose. I had never been in a fight before and didn’t know what to do next. I started swinging my arms wildly and struck Bill under the chin with a left-handed hook that surprised both of us.  I saw him notice the blood on his sleeve as he wiped his mouth. Then he raged towards me like a soggy gorilla. I froze as he barreled both fists into me. The next thing I remembered was Bill pounding my head while I was face down on the ground.

“I give up!” I yelled. Bill gave two final smashes to my skull. The show was over. Bill had one minor lip wound, probably from biting his tongue when I cocked him. Raymond gave a pitiful expression and said I looked like I returned from war.

I put my ring on and staggered home. When mom met me at the door she was horrified. “What in the world happened to you?” she exclaimed.

“I got in a fight,” I said triumphantly, like I had just killed my opponent.

“Who got the best of who?” mom asked.

“It was a tie,” I answered, refusing to admit I narrowly escaped death. I placed the Batman ring on my shelf. It certainly did not have magical powers. God never came to my rescue. If I simply chickened out, I would not have black and blue bruises on my face.  Later I remembered the words of Raymond before he told me to remove my ring.

‘It takes a real man to walk away from a fight.’