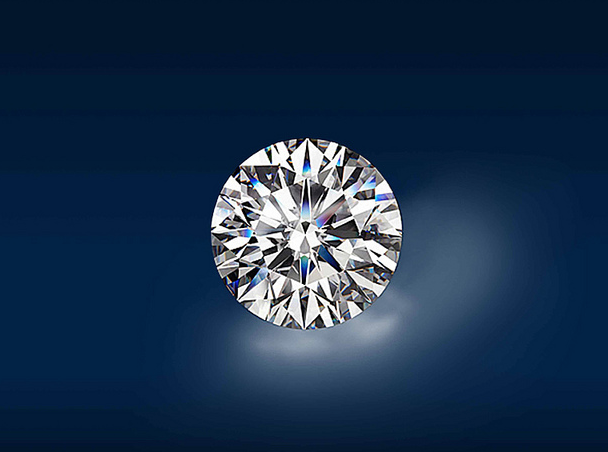 Diamond Mike Watson felt a sort of uneasiness as he sat facing Drew Damon across from the small wooden table in the diamond room.  The diamond room was a soundproof, two-person chamber intended to be a private area that stood cozily in the corner of Gallery of Diamonds jewelers, but when two men are negotiating the sale of a half-million dollar gem, the small quarters could quickly become uncomfortable.

Drew was a large man anyway, and his knees bumped Diamond Mike’s on two occasions.  His hands were thick, probably from working his entire life at the large printing company he now owned.  He certainly could have afforded nicer clothes and probably even the diamond merchant’s entire jewelry company, but Drew had a gruff but down-home style that was likeable.

Grasping the diamond with metallic tweezers, Drew held the humongous stone up to the light.  It would be impossible for any human being, no matter what their profession, to ignore this giant kaleidoscope that was created a million years ago by the forces of nature.  Splattered patterns of vivid colors spewed upon the walls of the diamond room.

“There’s a flaw on the edge,” Drew said with a poker face after the gentlemen painfully whittled the price down to $490,000 dollars out the door.

“That’s correct,” Diamond Mike answered. “It is nature’s way of saying it is real.  The flaw will never get bigger or smaller, and will remain there as an identifying characteristic for the next million years.”

“Can you discount the stone for the flaw?” Diamond Mike noticed a micro smile coming from the left corner of Drew’s lips.  He was very educated about diamonds and knew that such a diamond without an inclusion would appraise for a quarter million higher.

“Drew,” Diamond Mike said with a friendly smile. “The small inclusion will be completely concealed by the prong of the ring.  Unless you are looking for it, you will never see it.  In fact, I’m not going to charge you one dollar extra for this beautiful flaw.”

Drew’s left corner of his lip rose slightly higher.  It is important, in any sales situation, that the buyer likes his diamond merchant to some degree. Of course trust is ninety-five percent of the industry, and Drew purchased many smaller items from Diamond Mike in the past.

“Diamond Mike, what do you think she’ll say when I give this to her?”

Being in the diamond business since he delivered jewelry repairs for Zemon Jewelers in New Albany as a kid, Diamond Mike was prepared for that question.  Since the beginning of time, diamonds given to a lover have always been such an emotional purchase.  He always hoped that the relationship that the stone symbolized lasted for a very long time. Drew always had many girlfriends, but confessed that his new girl was the woman of his dreams.  “Drew, just make sure Barbinda is close to a soft couch when she opens the box,” Diamond Mike began.  “Because I have a feeling she may faint.”

“You didn’t answer my question, Mike. How do I know she will say yes?”

“Drew,” Diamond Mike had his rebuttal memorized, “I can guarantee the quality of the diamond in your hand, but I cannot guarantee the romance.”  Diamond Mike held a smile throughout his reply and paused. It was never the best close, but it was true.  He lightly bit his lip and prayed that Drew did not detect the tiny drop of sweat that dripped down from the center of his forehead onto his nose.  The diamond room was already stuffy because the air conditioner was not working properly and Drew’s large body generated heat. “How did you want to take care of the paperwork, Drew?”

Drew became quiet, and didn’t respond for what seemed like an eternity.  Diamond Mike kept silent. The first one to speak loses.  “If you weren’t such a damn nice guy, Diamond Mike,” Drew muttered. Then he lifted a shaggy briefcase that he kept close to his leg.  Here’s a check for $200,000 and $90,000 in greenbacks as a deposit.  I’ll give you the rest after you set the stone. Don’t worry, Mike. The money is real. I just printed it this morning.”  Drew showed his largest smile of the day. Mike supposed the counterfeit money joke was standard for anyone in the printing business.

He ambled up from the small chair and shook the diamond merchant’s hand.  Diamond Mike’s small fingers disappeared within Drew’s grasp.  “Thank you, Diamond Mike.” Drew said as he turned around to leave.  “Mike, can I ask you a favor?”

“Will you please use this money to buy a bigger building, perhaps with a larger diamond room?”

5 thoughts on “The Large Diamond Sale”