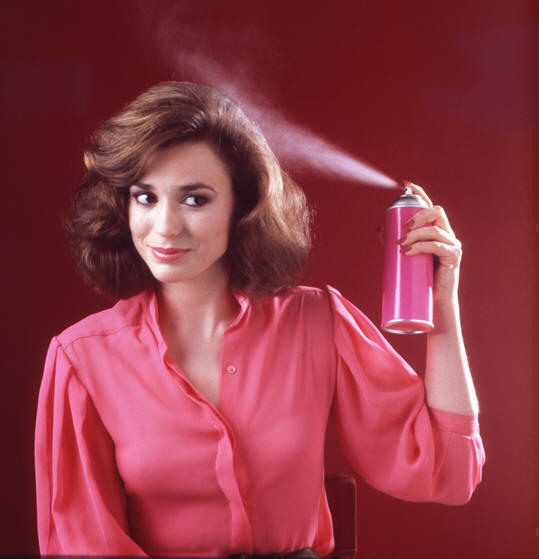 Caution:  Flammable. Contents under pressure.  Marcus Wilson eyeballed the label of his mom’s used hairspray can. Do not expose near fire or flame.  May explode if temperature rises above 120 degrees.  To an adult, this message is never read. To a twelve-year old aspiring scientist, however, this meant, I am an awesome bomb.

Marcus discovered the container sticking half way out of the garbage can, so he was not really stealing anything. He toted the metal can down the hill and began to collect dry twigs and sticks for the ultimate hairspray can bonfire.

Fearing fallout or shooting debris, Marcus had to be shielded from harm. His dad’s new truck was parked in the back driveway and Marcus determined it would provide adequate shelter from a terrifying explosion.   Just before detonation, Marcus could escape into the shiny blue truck. The windows seemed thick enough to provide protection while also offering a great view. The glass tinting would also protect his eyes from a possible nuclear flash. As a scientist, Marcus needed to scribe detailed notes, so he ran into the house to retrieve his binder of secret formulas and inventions.

Marcus neatly constructed a pyramid of dried debris in the grass ten footsteps away from the truck, and scooted dead leaves inside. ‘Laid can sideways on top of branches,’ Marcus scribbled in his binder. A match would not cause a large enough fire, he thought, and he would need something extra to create 120-degree flames.

Marcus galloped up the hill to the back porch and spotted the can of lighter fluid his dad stored by the grill. His mom never understood his passion for experiments but he knew one day he would discover an unknown secret that would revolutionize the world.  Would the can just sizzle, with the remaining hairspray shooting out?  Would it be projected into the air?  Would it go sideways or spin around like a top?  These were important questions that could change the future of hairspray can design.  His parents did not let him use matches without supervision, but in the name of science, he hoped they would make an exception. Marcus stuffed the matches, fuel, and binder in his arms and raced back down the hill.

After a generous squirt of the liquid, Marcus scratched a match across its cardboard box. It flared but immediately blew out from a gust of wind. On the second strike, Marcus placed the burning stick inside the pyramid.  The flames began to consume the dead leaves and the dark enclosure became illuminated.

Marcus ran away, hopped inside the truck and slammed the door. He grabbed his dad’s oversized sunglasses from the dashboard for extra eye protection and flipped open his binder. ‘Flames growing higher, can turning black.’ The sunglasses slipped down on his nose. The pyramid finally collapsed in the blaze but the can remained centered in the inferno.  ‘Spray nozzle beginning to ignite like a candle.’ Or maybe like a cherry bomb fuse, Marcus wondered. Would the nozzle start sizzling like a firecracker and then blow into smithereens?

One minute passed, then two. The flames began to die. The nozzle disintegrated. Marcus could not be patient much longer, which was not a positive trait for a scientist. Marcus peered around through the truck’s windows to detect any nosy neighbors. The coast was clear.

Maybe he should add more lighter fluid, he thought. Then again, what if the can exploded as soon as he accessed ground zero?  Although it would be for a noble cause, he did not want to be a famous dead scientist.

Marcus waited longer. The last flame shrunk and died. Before Marcus could sense the disappointment of his failure, a giant KA-BLAM resounded throughout the neighborhood. The loud blast startled him as the can shot straight up into the sky.  Three silent seconds passed as the can raced back down and bounced off his dad’s truck hood. The sunglasses dangled from one of his ears.

Marcus survived unhurt, but his dad’s car suffered a large dent that would certainly be noticed the next time he drove it. Marcus would be grounded for life.

Marcus jumped out of the truck and kicked the hot-busted can closer to the extinguished fire pit.  He shrugged his shoulders as nosy Miss Jenkins peeked her head out her back door.

The damage to the truck appeared even worse from the outside.  He had to think of an excuse.   Marcus made a final entry in the binder. ‘Hairspray can exploded. Scared flying bird carrying large rock. Bird dropped rock onto truck.’

11 thoughts on “The Hairspray Can Explosion”