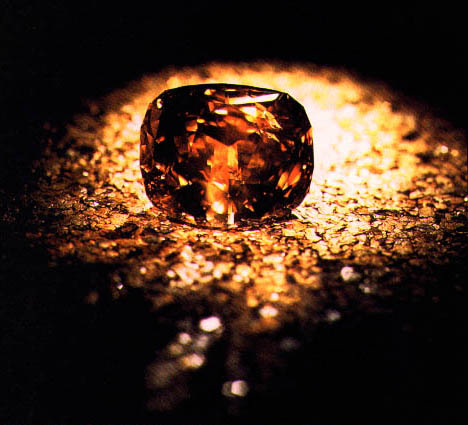 Tolkowsky describes the Golden Jubilee’s cut as a “fire rose cushion cut.” The color has been graded as “fancy yellow-brown”, even though the above photo makes it look almost dark orange. It is only 15.37 carats larger than the Cullinan I, also known as the Star of Africa.

4 thoughts on “The Golden Jubilee”