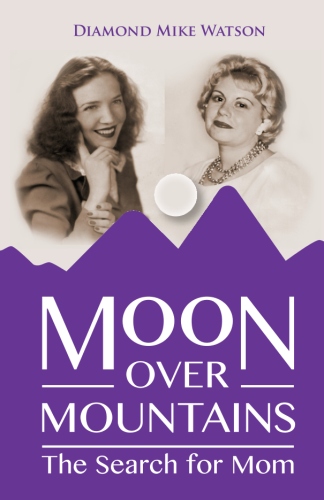 In 1977 I turned nineteen. Mother’s Day and my birthday were always times that triggered thoughts of my early existence. On Mother’s Day I bought a nice card for Mom. Grantline United Methodist gave every mother a small pot of marigolds. But I also thought about my other Mom. After all, she was the one who gave me life. I could have been abandoned on someone’s front porch, aborted, or tossed into a dumpster.

My birthday also reawakened the personal quest that slumbered in my soul. Surely that date evoked thoughts from my birthmother — like those nine months, when I kicked violently in her womb during the last throes of pregnancy, ripping her insides out as I was born. Surely she remembered those agonizing pains of labor. There must have been times when she saw a boy resembling her and wondered, “Is he my son?” Maybe she had February 25 marked on her calendar, imagining my growing up one year at a time. She had to wonder what I looked liked, if I was all right, and what I was doing at the present.

The worn, wrinkled pages of the Bible crackled as Mom leafed back to the beginning of Matthew. Mom told me I was christened at two years of age. Ritually sprinkling a few drops of water onto my forehead, the minister paved my way into Christianity. The church congregation still affectionately remembered when I recited I Corinthians 13 from memory. Now I found myself rereading that holy book, not to refresh my memory, but to find an ancient, yet timeless truth buried in its words. I had always felt I was conceived from the powers of the universe. Maybe I too, like Jesus, was chosen to fulfill a divine mission.

I wondered what moral instruction I would have received from my birth family. A hallowed book from one family could be the other’s Koran or a Sutra. My face did not resemble a typical American, so I could have been Jewish, Muslim, or Buddhist.

Even though I loved my adoptive parents, there were many times that I felt that I did not belong in the grand picture. Although I was free to do what I wanted, I also felt trapped in an impenetrable glass sphere. Up until this point, the sphere was my three-story house on Grantline Road.

Mom baked hot biscuits for dinner. Dad bickered about too much salt that mom sprinkled into the gravy she prepared from the drippings of fried bacon. I walked into the front yard, then down the hill to view my home from a broader perspective. The diary of my childhood unfolded as I peered into the sphere. I imagined dashing down the hill using Mom’s green towel as a cape fluttering behind me. I always dreamed of flying. I remembered Mom holding a jar in one hand and a hole-punched lid in the other as I inserted lightning bugs. I visualized Aunt Arlie and Uncle Henry pulling down the driveway, coming all the way from Dayton.

I was filled with a sort of reverence. I was grateful to have two parents who cared for me, who rescued me from possible terrors of the past. Betty Price was the heroine who gave me the gift of life. My parents, on the other hand, were the heroes who sustained my life.

Although Mom still called me special, the word became like an old cliché. A former, positive preconception of the word was lost every time it was uttered. My father was unknown. Surely there was nothing special about being illegitimate. I agonized that I didn’t know where I fit into this puzzle of life.

I was a bastard.

The joy I rendered to my adoptive parents must have been in direct proportion to the anguish and despair I brought to my birthmother. Did I enrich my adoptive parents lives through the deprivation of my birthmother? Was I the pivotal point between someone’s happiness and another’s suffering? Was there a void in my parents’ lives and I was the cure? I was a gift to my parents, but at the same time I was the sacrifice of my birthmother. I did not feel special anymore, in any sense of the word.

Hallucinations of my birthmother haunted me. Was she a beautiful princess or a prostitute? Was I the product of rape? Incest? Was I conceived from sacred love or lust? Was I a survivor? And if so, what did I survive? Did my birthmother die? And if so, should I mourn at her grave?   Was she an alcoholic or drug addict? If I unknowingly married a sibling, wouldn’t that be called incest? Was relinquishing a child an ultimate act of a mother’s courage or cowardice? My dreadful imagination never evaporated into spoken words but remained sluggish in my brain. I never expressed any such feelings to Mom, and Dad was not the right person for such discussion.

I remembered when my voice dropped an octave. The hair on my legs started to turn dark, and later on my arms.   Black hairs sprang from my chest. I was transforming into a monster never seen by human eyes. I could not look to my father to determine my physical destiny. He was tall, with a smooth chest and had thin blond hairs on his limbs.

My other nightmare was losing my hair. Dad used to take me to Pope’s Barber Shop as a child. One morning, as I was sitting bravely on the elevated swivel chair, old man Pope made a comment that I have not yet forgotten, “Boy, oh boy! Look at that thick, curly hair!” he exclaimed while snipping the back of my head. “I’ll bet you’ll go bald before you’re thirty!”

Pope must have predicted an accurate forecast, I concluded, for he had barber tools and paraphernalia all over the small shop, including four taxidermed deer heads protecting each wall like ancient gargoyles. Since I was ten at the time, I calculated that my life would be over in just twenty more years.

I scheduled a second odyssey to Indianapolis. When I told Mom she hurled the same, “But they said they could not give you any information!” It was always difficult for me to accept no for an answer. I softened Mom’s worries with a kiss yet repeated the journey.

This time I had a plan.

The huge parking lot of Community Hospital swallowed the Biscayne like a monster. The enormous building didn’t look anything like the meek photo of the postcard Mom had given me years ago. I asked for the manager in the records division and told him my request.

“My name is Michael Price,” I had changed my name. “I was born in this hospital on February 25, 1958. My mother’s name was Betty Price. I need to see her medical records. She died, and I need to know if there are any hereditary illnesses that I should be aware of.”

I was certain the word “adopted” was taboo at the hospital, and was careful not to utter it. However, I didn’t fool the employees, who briefly looked up to see the poor soul searching for his mother and then returned their heads to their medical papers. They looked at each other shaking their heads.

“I’m sorry, sir. We cannot show you that information,” the records manager said.

“I even know the doctor who delivered me…Dr. Fitzgerald. Surely you have records…”

“I’m sorry, sir.” I seethed when everyone called me “sir” right before giving me a negative answer. “Medical records are personal and confidential.”

Then, from out of nowhere, a subliminal message crept into my mind, perhaps from the pages of the ALMA workbook. “Can you please show me the written law that says I am not allowed to know information about my birthmother?”

I stormed down the long hall. Then I saw something by the information booth that brought me to a halt: a rack of postcards. This must have been where Mom bought the postcard when I was born, I thought. The pictures were different, however, and one card showed the same frontal view of the hospital, but it was shrouded on the edges by giant trees. The hospital appeared to be at least four times larger than it was depicted in 1958. I quickly observed that I was unnoticed and pocketed one for a souvenir.

Then I drove back to the county building, and the elevator lifted me again to the familiar floor. The judge was the same, but seemed to have less hair. I wasn’t sure if he recognized me, but after I repeated my request from two years earlier, he returned with the same negative answer, this time with a more profound finality.

I went home. My plan had failed. There were records in those archaic edifices that were rich in detail about my birthmother–about why she had to give me up, about who my father was, about my brothers and sisters. They knew who she was, but they would not tell me.

I arrived home a few minutes before midnight. Mom and Dad were still waiting up. I didn’t feel like answering any questions so I went straight to bed.