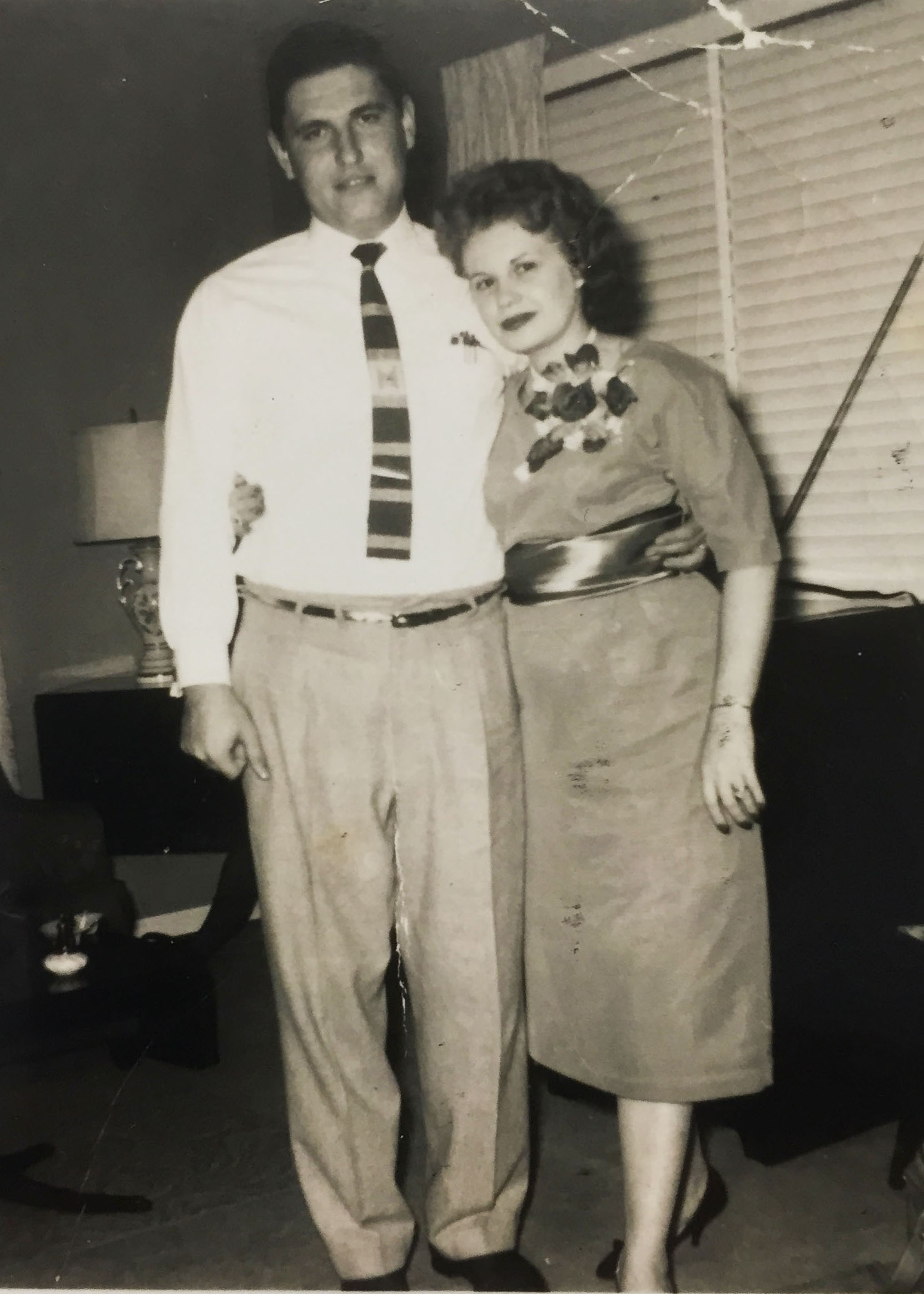 This photo was taken when my birthmother married her second husband, Kenneth Synder.

The back of the photo says,

This was eight months after I was put up for adoption, and about a year after my two-year-old sister, Debra Kay Price, mysteriously disappeared.

Because of timing and circumstances, the man in this photo may be my biological father. I called him twice in 20 years and both times he denied he was my father and demanded not to call him anymore. When I met my siblings in 1994-1996, they were each surprised that I resembled him more than anyone in the family!

My search for my roots never included finding a mom or a dad.  I always knew who those two very special adoptive parents were.

I just wanted to know how I got on planet Earth.

In that regard, I feel whole and complete possessing a photograph of the woman who gave birth to me.