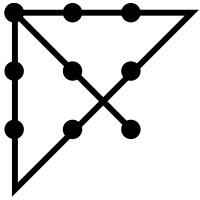 “Be yourself” is one of the most used phrases of advice in modern history. I remember when my adoptive mother lovingly spoke those same words of encouragement to me. Be yourself shows up in literature, poems, and popular song lyrics. It is the first step in accepting ones passions, dreams, strengths, and shortcomings. To be oneself is to be in one’s normal physical condition or state of mind. It is being satisfied living inside the box in which you are contained. Being oneself is how many of us live because it is comfortable.

Stepping beyond oneself, on the other hand, is moving in a positive direction outside the borders of one’s current condition. It is being “more” of oneself. It is the pinnacle of Maslow’s hierarchical pyramid. Stepping beyond oneself is uncomfortable– but transcending beyond our imaginary borders can change the world!

To clarify, being yourself is certainly a better state than trying to be someone else. When I say, “stepping beyond yourself,” I simply mean being more of who you already are.

Three examples how I stepped beyond myself.

I refused to accept my closed records of adoption. Instead, at seventeen, I began a journey that remained a life-long mystery. My first solo journey by car would be to the Indianapolis courthouse over one hundred miles from my hometown. Twenty years later, I discovered by biological family. I continue to be an advocate for adoption reform in the release of concealed records.

2. I declined the advice of attorneys in establishing the Why Mom Deserves a Diamond contest and publishing annual books that showcased the winning essays of students. Today, Gallery of Diamonds jewelers has become the home of thousands of families, who come every year to celebrate a mother and child experience.

Towards the end of the twentieth century, the expression, “think outside the box” became popular. It became the catchy verbal solution of a nine-dot problem that appeared in Sam Loyd’s 1914 Cyclopedia of Puzzles. The problem was to connect all the dots by drawing four straight lines without lifting the pen from the paper. The expression inspired many to understand that one must sometimes look beyond perceived boundaries. Stepping beyond oneself is the courageous leap we must take if we want to see change.

It is alright to find comfort in being yourself. In fact, one must first acknowledge the nine-dot box in which they reside before they are able to step beyond it. Yet, when one takes even a single step beyond the box, the ripple effect can change the universe.

5 thoughts on “Stepping Beyond Yourself”