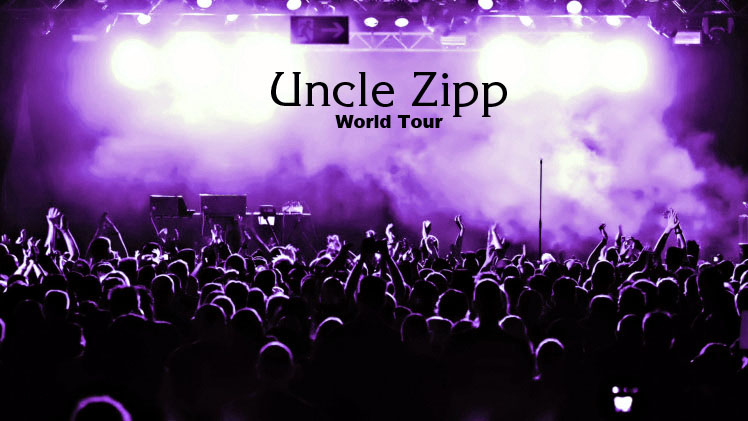 “Hello Matt! It is great to find you on Facebook,” I typed on my tablet.

It was so nice to catch up with Matt. He had a great sense of humor and a jolly laugh. I hadn’t heard from Matt for over forty years since German class in High School. Two years earlier, Matt was our first bass player in a teen band I had assembled. Cliff sang, Tony played drums, and I played guitar. Our debut as Uncle Zipp drew a crowd of about eleven or twelve bystanders from a foggy morning of the annual New Albany Harvest Homecoming. We were scheduled on a Saturday morning between 10:00 and 10:45 in the lonely parking lot of American Bank. There was no pay (to prove talent sometimes one has to perform for free.)

We were not amused to be penciled in at a time most people were still in bed, but then again, no one ever heard of Uncle Zipp. We could have sounded rotten. We were pretty good, if I am allowed to be a judge, and we had practiced hard in a basement all week. Before the first song, we each blew warm breaths into our cupped hands to loosen our stiff fingers. The Southern Indiana air blew cool on our sleeveless arms. We had no roadies, no theatrical lighting, no sound mixers. We did have monstrous amplifiers. We winked at each other and cranked our volume controls to ten.

Thousands of watts cut through the misty air. Matt’s harmony vocals would send chills down one’s spine. Upon cue, Matt and I slid to our knees in perfect choreography. Then we played our instruments behind our heads. The final chord resounded as the amplifiers screamed with ear-splitting feedback. Although we were prepared for thunderous applause only two people clapped. Maybe it was my imagination, but I think Matt’s mom yelled, “Go Uncle Zipp!” Cliff’s dad strutted around with his thumbs in the air like he was our professional manager. The rest of the crowd stood gawking at a safe distance with their mouths open. No one asked for autographs. No record company signed us to their label. No chatter cut through the silence.

At least we knew we rocked our socks off. It wasn’t our fault the wrong crowd came. Would any music critic review a band in an empty parking lot on a Saturday morning? I’m sure a large evening audience would have been more appreciative. There was no recording of that famous forty-five minute concert. No tapes, no cassettes, no CD’s. Our goal was to forever change the destiny of that sleepy, Indiana town that rested on the north side of the Ohio River. Maybe all we accomplished was blasting decibels of pure rock into the ears of a few deaf people. A seismometer would have surely recorded ground movement that morning. Or, perhaps we inspired even one person to live the rest of his or her life with a newfound sense of awe and exhilaration. The good news was there was still the remote possibility the earth spun slightly faster after we strummed the final crescendo on the rickety stage.

Two years after I found Matt on Facebook his sister informed me he recently died. It happened suddenly and without cause. After expressing my condolences, I returned to the brief messages we exchanged on the social media site.

I had typed, “Matt, do you remember when we had dreams of stardom? Weren’t those the best days of our lives?”

5 thoughts on “Dreams of Stardom”