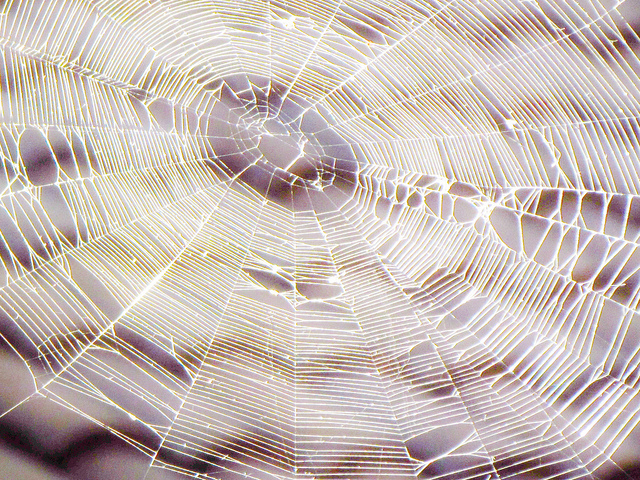 I loved early Saturday mornings.  Homework only took fifteen minutes the night before and I pretended the weekend was a miniature vacation.  Our house faced southwest and the sun would pour brightly through our old wooden framed windows.  I would lie belly down on the living room floor and watch cartoons.

Mom would make biscuits and gravy.  That was the only time my dad would ever eat together with us.  He broke the hot bread into very small pieces, immersed it with the white gravy my mom prepared from the drippings of fried bacon, then garnished it with black pepper.  We finished eating, then left for the country.

I used to ride in the bed of our truck while going to our small farm.  The trip excited me because I remembered the pleasant sensations that were latent in the city.  I looked forward to the smell of wild roses, which grew alongside the dusty gravel roads.  The scent would so pleasantly tease my nose that I would want to taste them.

I would sit on the hump, above the back tires, and the fresh country air would pound into my face and hair.  The faster we went, the harder and cooler the air became.  The sensation was not too different from washing one’s face in cold water.  Suddenly the aroma of cow manure would change the atmosphere and my mom would turn to face me from the cab window with a reluctant smile on her face.  The smell did not displease me, though, for I never experienced it that often.  I remember the freshly cut grass that would fragrantly spin around the bed.  Mom later told me it was a skunk!

If I were so lucky I would see a swarm of zebra swallowtails, a scene never observed on Grantline Road.  Sometimes there would be as many as fifteen fluttering about a single bush.  If I caught one I would be able to squish its eternal beauty between two pieces of glass.  I would swing my badminton racquet around the whole day in hope that I would swat one.  The distant silos would remind me of majestic rockets ready to blast into the sky.

I remembered one particular trip.  I lied on my back in the bed of the truck with my eyes directed into the sky.  I heard and felt the rumble of the engine close to my ears and road bumps rattled me to and fro.  Before our exodus from the city that morning, telephone wires and tree limbs overhanging the road would zip over.  The trees were shaggy monsters threatening to snatch me.  Dad would make many right angle turns and the entire sky would shift accordingly.  Telephone wires, trees, and even flying birds would suddenly change their positions.  The birds would manage to make a screeching turn and fly an opposite direction.

Upon entering the expressway, my peripheral vision consisted only of fluffy white cumulus clouds floating on a light blue background.  I would tell we were traveling much faster by the higher pitched roar of the engine.  But no matter how fast the truck sped, the huge clouds remained motionless in the sky.  I remembered mom telling me how the sun would follow us as we drove, and the clouds did the same!

The roar of the engine and the infinite vastness of the sky had a mesmerizing effect.  After fifteen minutes of looking into the heavens, my brain would sometimes inform me that the sky I was looking up into was down!  I became terror stricken, wondering what would happen if the gravity of the earth would suddenly reverse.  I would fall directly into the clouds!  It was an absurd thought.  Such an event has never occurred and it never will.  But the thought was still there, and it was stronger than any physics book could have convinced me otherwise.

The feeling would temporarily die down.  A bump by a stray stone assured me that I was perfectly safe, lying in the cozy bed of a truck with a gorgeous painting above me.  However, I could not refrain from being engulfed in that tremendous feeling.  The outside wind would creep into the bed and whirl around and strike me with a terrific speed, perhaps a feeling similar to the air rushing up into a parachutist’s face as he rapidly descends from an airplane.  But even higher.  For a parachutist is never so far above the clouds when he jumps, and he is also able to see his destiny, I believed, no matter what height.  But there was no destiny where I was looking.

All was infinite, oblivion to the corners of my eyes.

I involuntarily swung around and clutched the side of the truck, shivering with my eyes closed and my face turned downwards, cuddled into a dark corner of the bed.  I could no longer look into the sky without holding onto a secure object on both sides of the truck.

After we traveled several miles I began to tolerate, accept, and later unbelieving became fond of this bizarre feeling.  I remembered when I was younger:  I used to spin around in rapid circles until the fluid in my ears would be shaken up so much that I would fall to the ground in complete vertigo.  The euphoria from spinning was different than was obtained from routine reality.  My mind continued to meander.  Perhaps that is the reason people drink liquor.  There is a metamorphosis in which what is real becomes concealed by a brand new sensation, a new awareness of the world.  This new sensation of falling into the sky became my personal experience.  I finally learned to lie back and harness this new higher level of consciousness.

When we arrived at our small farm I leaped from the truck before it came to a complete halt.  I could not find a single zebra swallowtail.  There were no wild roses that pleasantly fused with the scent of distant cow manure and skunk spray.  Tangled weeds had monstrously grown up the sides of the house.  The front door was guarded by the most hideous of creatures; a hungry yellow and black garden spider awaited an unsuspecting grasshopper in its web.  I realized that my trip had taken me to the place I feared and hated.

Spiders were what I feared most.  Inside the tilted outhouse, which I despised, was a place where I would always shake with terror wondering if a fanged creature would fall from the ceiling onto my back.  The outhouse was also a favorite place for red wasps and mud daubers to build their nests.  Going into the outhouse meant invading their privacy.  I had to politely enter, shut the door ever so gently, do my business and leave.

I remembered fearing to run into the night and being captured by a giant spider web, the one governed by the fat spider with evil black and white markings on the underside of it’s abdomen.  A chill would run down my spine thinking that if I ran into the web the spider would touch my face.  I remembered my horror when the wolf spider trampled across my bedspread when I was six.  I always hated spiders and the country was full of them.

I hated the country because of its loneliness.  Turning in a complete circle, I could see only two other houses besides our own.  There wasn’t the swish of passing cars or the screaming of impatient fire engines.  The ruffle of the tree leaves and the symphonic duet of the bullfrogs and crickets were not tranquil, but lonely.  I had no brothers or sisters, no one to play with, and I became increasingly aware of my solitude.

That night I dreamed my dad was drinking.   He swore into the sky and taunted me until I cried.  He reminded me why I hated the country.  It wasn’t the spiders, the loneliness, but tolerating his drinking problem.  It meant being yelled at and even pushed by a clumsy fist if I got too close.  The country was a place, I supposed, that he could drink without condemnation.  My mom would try to calm him but he would only become more aggravated.

My childhood recollections of falling from dizzy circles emerged in my dream.  I also relived the marvelous sensation of falling into the clouds that I discovered in the bed of the truck.  My subconscious devised a plan for my liberation:  When the sky becomes like grains of sugar sprinkled on a black tablecloth I will escape this thing that I hate.  I will go to a nearby hill.  I will lie on my back where I can see only the stars—infinite, oblivion to the corners of my eyes.  There will be no sides of a truck to hold onto.  I will fall into the stars.

When I awoke, I imagined the sounds of the crickets and the mumbled sounds of my father arguing with my mom from the previous night.  Everything seemed completely normal.  It was time to drive back home. Mom prepared to leave the small farmhouse by making sure all the windows were closed, the gas turned off, the doors locked.  No one mentioned anything that would validate my dream.

From Moon Over Mountains – The Search for Mom.   You can order your own copy, online through Amazon.com , or an autographed copy at https://whymomdeservesadiamond.com/books.html

4 thoughts on “The Small Farm”