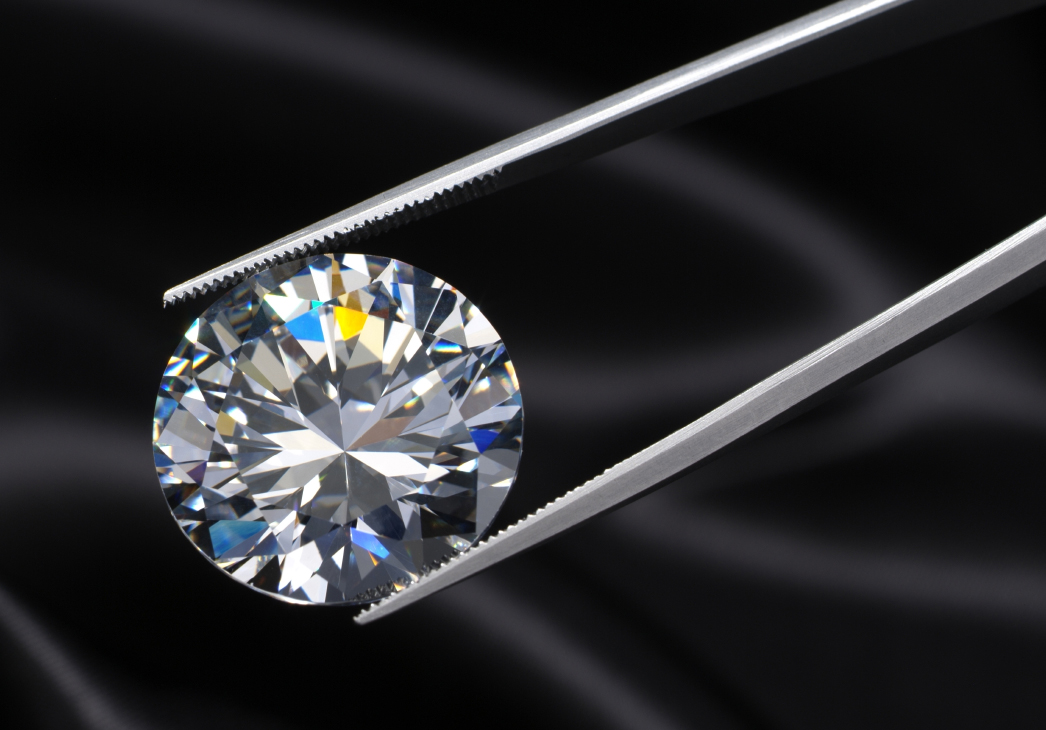 “I don’t know, honey,” the young man said to his fiancé.  “Which one do you like the best?”  Diamond Mike displayed two polished diamonds on a dark cloth, gently rocking them back and forth with his tweezers.  Both gems sparked flames of fire onto the walls of the Santa Ana jewelry store, Gallery of Diamonds. Diamond Mike had helped thousands of engaged couples, but he still received satisfaction from helping them decide on a precious gem that would symbolize their lifetime commitment to one another.

“They look almost the same size,” said the girl.  “What are the differences?”

“This one is J color and VS in clarity,’ Diamond Mike began. The other one is G color, a little higher on the color scale, yet has a small inclusion on the very edge. They are two completely different diamonds with their own personalities.” The diamond merchant deftly placed the first diamond in the six-pronged mounting Janet modeled on her finger. “This is how this one looks.”  Then he removed the first stone and plinked the second one onto the pronged pedestal. “Although I will give you a detailed appraisal, each stone comes with a GIA certificate.”

“Which one is the best deal?” Jon said with a deeper negotiating voice.

“They are each the best bargains in Orange County,” the diamond merchant replied as he straightened the second diamond in the prongs. “The first diamond is a little clearer and the second diamond is a little whiter. Like snowflakes, you can see that no two diamonds are alike.  The whiter diamond is one thousand dollars more.  That is not because it is one thousand dollars more beautiful but because it is more rare.  Jon bent over the diamond merchant’s desk to view one of the gems through the loupe. Then he compared the two certificates. “Sometimes the fanciest gemological equipment does not compare to our very own eyes, Jon.  Do not rely simply on a grading certificate.  It is important to see the diamond in action.”

“What do you mean in action, Diamond Mike?” asked Jon.

“A diamond must be viewed in motion. Even a flawless diamond has no life motionless in the dark. You must twirl it, rotate it, and you must ask yourself how does it handle light?  Does it sparkle like crazy?  Does it speak to you? Does it split white light into all the spectral colors of the rainbow?”

“I think I like the fairy tale glow of this one,” Janet said as she pointed to the first gem.  “I know this is the least expensive one but I love the glitter.”

“Good choice,” Diamond Mike said.  Since you are going to wear this forever it is important to choose the one you like the best.”  Maybe it was a matter of semantics, but Diamond Mike claimed he had never sold a diamond in his lifetime but merely helped thousands of couples choose the diamond of their dreams.

“And Janet, who are you going to think about every time you gaze into this diamond?” the merchant asked.

“I’m going to think about you, Jon,” Janet replied, turning toward her husband-to-be.  Diamond Mike was pleased with that reply.  He learned long ago that it was not the size, value, or technical characteristics of a diamond that was important- it was the beauty the stone radiated, and the memories that would be forever associated with it.  That was the magic of the diamond.

5 thoughts on “The Magic of a Diamond”