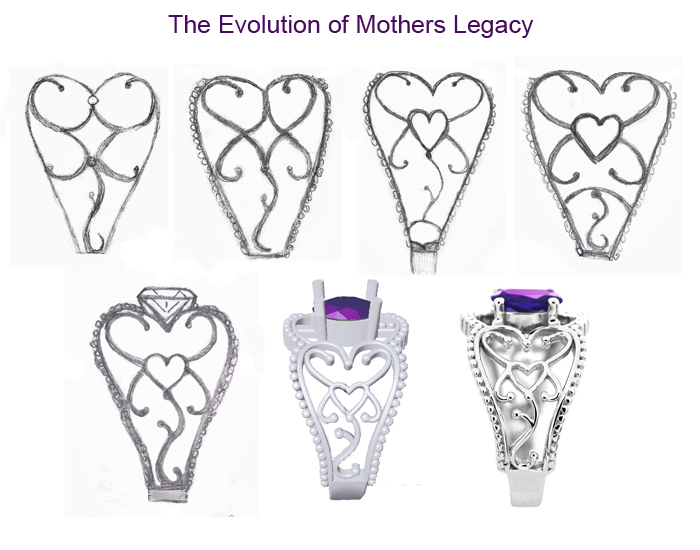 I wanted to design a ring that would display a symbol to always remind a mother of her child.  After several attempts, a lazy backwards “S” appeared with a protrusion to the left, which reminded me of a mother holding her child.   Today this symbol is called Arms of Love®, and inconspicuously appears on many of my jewelry designs for the Why Mom Deserves a Diamond® contest.  The name of this ring is called Mother’s Legacy, and is shown displaying a Brazilian amethyst.  The picture shows the evolution of the ring, from the sketches, to the computer illustration, to the finished jewelry piece in 14 karat white gold.  It is open and airy, and I feel successful in creating one of the most enchanting rings that symbolizes the never ending love of a mother and her child.

12 thoughts on “The Evolution of Mother’s Legacy”