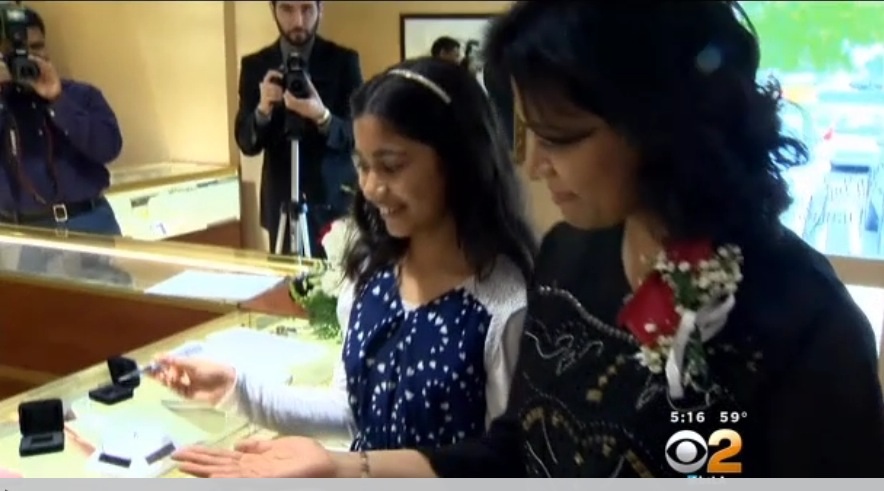 SANTA ANA (CBSLA.com) — Two Orange County students each won a quarter-carat diamond valued at $600 to give mom this Mother’s Day in an essay contest.

Neha Abbas, 10, was one of the two winners of the 23rd annual Why Mom Deserves a Diamond contest put on by Gallery of Diamonds in Santa Ana.

With just 22 words, her homage to her mother was chosen as a winning entry among nearly 20,000 submissions.

“They have to really think succinctly. They have to use similes and metaphors. Everything. All figurative language and cram it all into something about someone they love and care about,” Sue Wells, a contest judge, said.

The tradition of honoring mom with pencil and paper through this contest began in 1993 when Diamond Mike Watson presented the first set of carats.

“I think it’s the sincerity of the contest that makes it so wildly successful,” Watson said.

As Neha’s mom, Farzana Abbas, accepts her Mother’s Day gift, she says she’ll look at it to reflect on bond she shares with her daughter.

“How did she express so intensely and such purity and innocence that she put in those words? It’s amazing,” she said. “Being chosen to be the diamond winner and those words [are] going to echo in my ears for the rest of my life.”