I accidentally projected a tremendous belch at the lunch table at Grace Lutheran Elementary in New Albany. Mrs. Moore demanded to know from where the origin of the discharge came. “Who burped!” she growled. The kids at the table became silent and stared at me. Determined to find the source of the unwelcome noise, she turned to me intently, “Michael, did you belch?” I knew I didn’t commit a crime, but I did know if I admitted to the offense Mrs. Moore was rumored to send kids to the principal’s office to be tortured. 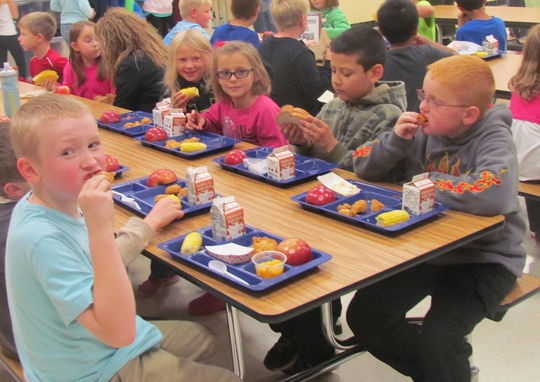 “Then who did?” she asked again, looking across the table at Pam Brooks.

“It sounded like it came from over there,” Pam said, pointing her fat finger at me.

“Michael, did you belch?” she interrogated the third time.

“Yes, I did.” I admitted defeated, and put my head down.

“After lunch everyone can go out and play…except you, Michael, because you lied to me,” she said.

I knew I lied. And I also learned the unpleasant result of lying. And although I despised my teacher from not allowing me to enjoy that thirty-minute recess, it wasn’t until I typed these words that I realized it was a good lesson in life that I learned, and sadly, one of the few things I remember about Grace Lutheran.