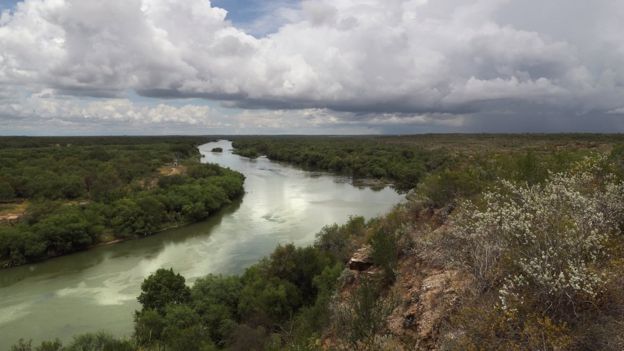 Here is a photo of the Rio Grande that flows around sections of the Mexican border. The president elect suggested a beautiful, tall wall. Imagine a wall in this photo. Does this look beautiful to you now?

What about the endangered North American jaguars? Also, black bears would become threatened if not able to mate with Mexican bears. And the roads and infrastructure to build this wall! What a disaster to the landscape and ecology!

We can talk forever about the negative results of such an out-of-thin-air whim that the president elect proposed last year. Although the idea may have been well intended, it is obvious he has never given any thought of its ramifications.

I think most of us are in agreement that our country has become a wonderful place from giving the opportunity from people of all nations to share and demonstrate their special skills. There is no country that matches our combined talent. There are many solutions to help curtail those who cross our borders illegally. But first, before we move on to other issues, can we calmly realize that a 1,900-mile wall is not the solution? In fact, it would be a multi-billion dollar total disaster.

Following is #14 of Trumps wildest quotes as per CBS News: