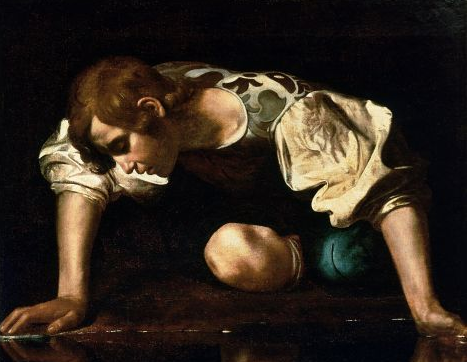 A leader has been elected for our country. On January 20, we will have a 45th president. Why are we quiet or solemn? Is it because we feel we might have made a mistake that we do not want to admit?  But we didn’t do anything wrong!  It usually boils down to two candidates. We had to make a choice!  We voted!

I have “known” Donald Trump since 1987, at a time I continued my quest to learn all I could about sales success. I purchased his book, The Art of the Deal, only to realize that 19 out of the 372 pages promised any glimmer to help others reach any pinnacle of success. The tones of arrogance did not strike a positive chord, and I chose to stick with former mentors (like Tom Hopkins and Brian Tracy) who shared my core belief that success could only be acquired between two parties who benefited each other equally. Page after page, the book seemed less of a self help and more of a diary of the author’s never-failing endeavors.

The book did not settle with me, for I had been taught any deal that was successful, whether in selling bread, fine jewelry, or casinos, should transpire with the real purpose of benefiting the receiver. When a receiver benefits, the seller also benefits.

“The final key to the way I promote is bravado. I play to people’s fantasies. People may not always think big themselves, but they can still get very excited by those who do. That’s why a little hyperbole never hurts. People want to believe that something is the biggest and the greatest and the most spectacular.”

“I call it truthful hyperbole. It’s an innocent form of exaggeration – and a very effective form of promotion.” The Art of the Deal. Warner Books. 1987.

Did I miss something, or did he just say you should lie?

Twenty-eight years after this was written, Trump ran for the president of the United States. As he began to accrue followers, a man named Tony Schwartz felt the need to come forward in an interview with the New Yorker. You see, Donald Trump didn’t write, The Art of the Deal.  It was Tony Schwartz. Schwartz was hired by Trump to ghostwrite his memoirs. There is nothing wrong with that. Many people ghostwrite books. Frustrated with Trump’s short attention span, Schwartz spent eighteen months with Trump interviewing him at his office while taking notes during his daily activities. Working closely beside Trump, he noticed a man who did not seem motivated by intention of benefiting others, but as a man who thirsted for more power and media attention.

During Trump’s campaign, Schwartz became particularly anxious when Trump proclaimed Mexican immigrants as “rapists.” He was also remorseful for instilling in the American people that Trump was no less than a successful businessman.

“I put lipstick on a pig,” Schwartz said. “I genuinely believe that if Trump wins and gets the nuclear codes there is an excellent possibility it will lead to the end of civilization.”

Following is the introduction of, The Art of the Deal. The terse sentence structures mimic the speaking style of Trump, and may be Trump’s own words.

” I don’t do it for the money. I’ve got enough, much more than I’ll ever need. I do it to do it. Deals are my art form. Other people paint beautifully on canvas or write wonderful poetry. I like making deals.  Preferably big deals. That’s how I get my kicks.” Pg 1.

Schwartz says if he had written a biography of Donald Trump, the book would have a shockingly different title, “The Sociopath.” http://www.newyorker.com/magazine/2016/07/25/donald-trumps-ghostwriter-tells-all.

I saw something strangely different in Trump as a presidential candidate that would often show from my television screen. I watched different news sources, videos, and spent hours reading current news. Was he an extremely confident and successful businessman? Was he a bully?  Why was he always so disagreeable?  Did he ever laugh heartily?  What was it that felt odd?  What was wrong with this man?

At my company, I hire employees that must first pass a test. As part of this test, I ask why I should hire them.  It is not their precise answers that will consider employment, but more importantly, how they answer.

Are they friendly and warm?
Do they show trust by being good listeners without interrupting?
Would they be willing to accept constructive criticism?
How would I feel if I were a customer and met this person for the first time?

If I met Donald Trump during an employment interview, would I want to hire him?

It was these thoughts that led me to write this article.

Many words were thrown at us in 2016, including racism,  fascism, and mysogyny.  We even learned a new word that became Dictionary.com’s word of the year, xenophobia: the intense or irrational dislike or fear of people from other countries.

More importantly, we learned another word that may have enhanced our understanding of the previous four words- narcissism.

The term, “narcissism” originated from Greek mythology, in which a beautiful boy named Narcissus fell in love with his own image in a pool of water. In one account of the legend, Narcissus stooped down to drink while marveling at his reflection. He brought his lips near to take a kiss and even attempted to embrace his reflection with his arms. His beautiful mirror image distorted from the ripples, but soon returned again, renewing his desire and fascination. Unable to leave the beauty of his reflection, Narcissus lost his will to live and stared at his reflection until he died.

According to Psychology Today,

“Narcissistic Personality Disorder involves grandiosity, a lack of empathy for other people, and a need for admiration. People with this condition are frequently described as arrogant, self-centered, manipulative, and demanding. They may also concentrate on grandiose fantasies and may be convinced that they deserve special treatment.

“People with narcissistic personality disorder believe they are superior or special, and often try to associate with other people they believe are unique or gifted in some way. This association enhances their self-esteem, which is typically quite fragile underneath the surface. (Narcissists) seek excessive admiration and attention in order to know that others think highly of them. Individuals with narcissistic personality disorder have difficulty tolerating criticism or defeat, and may be left feeling humiliated or empty when they experience an ‘injury’ in the form of criticism.” Psychology Today. https://www.psychologytoday.com/conditions/narcissistic-personality-disorder#sidr-main. 12/14/2016.

In the world of psychology, it is impossible to talk about Donald Trump without using the word narcissism. George Simon, a clinical psychologist who conducts seminars on manipulative behavior, says Trump is “so classic that I’m archiving video clips of him to use in workshops because there’s no better example of (narcissism.) Otherwise I would have had to hire actors and write vignettes. He’s like a dream come true.” Vanity Fair. http://www.vanityfair.com/news/2015/11/donald-trump-narcissism-therapists.

The article further states,”Mr. Trump’s bullying nature—taunting Senator John McCain for being captured in Vietnam is in keeping with the narcissistic profile” (http://www.vanityfair.com/news/2015/09/trump-bush-gop-debate).

We will also never forget his verbal attack of the Gold Star Khan family, the mocking of an infirmed news reporter, and his lashing out at revered civil rights leader icon, John Lewis.

“Regardless of how you feel about John McCain, the man served—and suffered.

“Narcissism is an extreme defense against one’s own feelings of worthlessness. To degrade people is really part of a cluster-B personality disorder: it’s antisocial and shows a lack of remorse for other people. The way to make it O.K. to attack someone verbally, psychologically, or physically is to lower them. That’s what (Trump) is doing.”
Vanity Fair. http://www.vanityfair.com/news/2015/11/donald-trump-narcissism-therapists.

I took a test online to see if I was narcissistic. Surprisingly, my high score claimed I was.
Psychcentral.com http://psychcentral.com/cgi-bin/narcissisticquiz.cgi. I also scored highly on a self-confidence test. At once I needed to know the difference between the two.

The Difference between Self–Confidence and Narcissistic Behavior.

“Confidence is being at peace with yourself, while narcissism represents a relentless inner struggle. People who are confident don’t feel the need to be competing at everything life has to offer. They’ve already achieved victory by being who they are, and they don’t need other people below them in order to feel good about themselves.

“Confident people are ok with saying ‘I don’t know. Let me find out for you.’ They know they have something important to add, but they don’t let that interfere with what someone else has to say.

“For narcissists, each day is a struggle. You can tell a narcissist when you find one because they’ll always have an answer for everything. They constantly interrupt others to make sure they’re heard, and they’re always ready to take credit for something, whether they deserve it or not. Narcissists get high off of other peoples’ mistakes, as it gives them a short-term self-esteem boost.

“Typical narcissistic behavior is when someone is constantly trying to lower the value of everyone around them, as opposed to raise their own. Narcissists feel best about themselves when they are able to make people feel below them. Instead of making the world a better place, they’re just trying to make everything around them worse, so they can enjoy the view from above. This is a pitiful way to live, and provides nothing but the most hollow, temporary boost of self-esteem.”
http://everydaypowerblog.com/2015/10/20/difference-self-confidence-narcissistic-behavior/.  Written by Nathan Adlam.

Much can be learned from a person’s heart and character from their writings. One must remember that the voice of The Art of the Deal is not entirely Trumpian, for most of the book was ghostwritten. Trump’s excessive use of Twitter, however, convey his real-time, unedited emotions.  It is within this media that proves more trustworthy when searching inside the mind of Trump.

It appears that Trump will use social media such as Twitter as a megaphone throughout his presidency. The public will quickly tire of his jabs at others, along with his bursts of grandiosity. His words will have less and less authority.

The President of the United States has traditionally been a person who exerts a moral force in our country. The position has become a symbol for our country and our world. We look to that person for courage and inspiration. We encourage our kids to reach for the stars, telling them it is possible they could become the President of the United States. But do we want them to learn their narrative from Donald Trump?

I am the Biggest, Best and the Greatest!
(From various Trump tweets.http://trumptwitterarchive.com/#/)

Happy New Year to all, including to my many enemies and those who have fought me and lost so badly they just don’t know what to do. Love!  Dec 31, 2016.

The previous tweet upset families across the nation on New Year’s Eve.  It was a statement that demanded an answer to the question, “What kind of a person would say this?”  A little research proved that tweet was not unusual for Trump, but was within his normal character and voice as shown in these holiday tweets from 2012-2015.

Now that we have a better understanding of extreme narcissism and the mind of Trump, we are led to perhaps a more important question:  Is Donald Trump mentally healthy enough to be the President of the United States?

“Pathological narcissism is not, strictly speaking, a mental illness. Rather, it is classified as a personality disorder.” https://www.washingtonpost.com/news/the-fix/wp/2016/07/22/is-donald-trump-a-textbook-narcissist/?utm_term=.c7acb2d2e981.

2 thoughts on “Who is Donald Trump?”