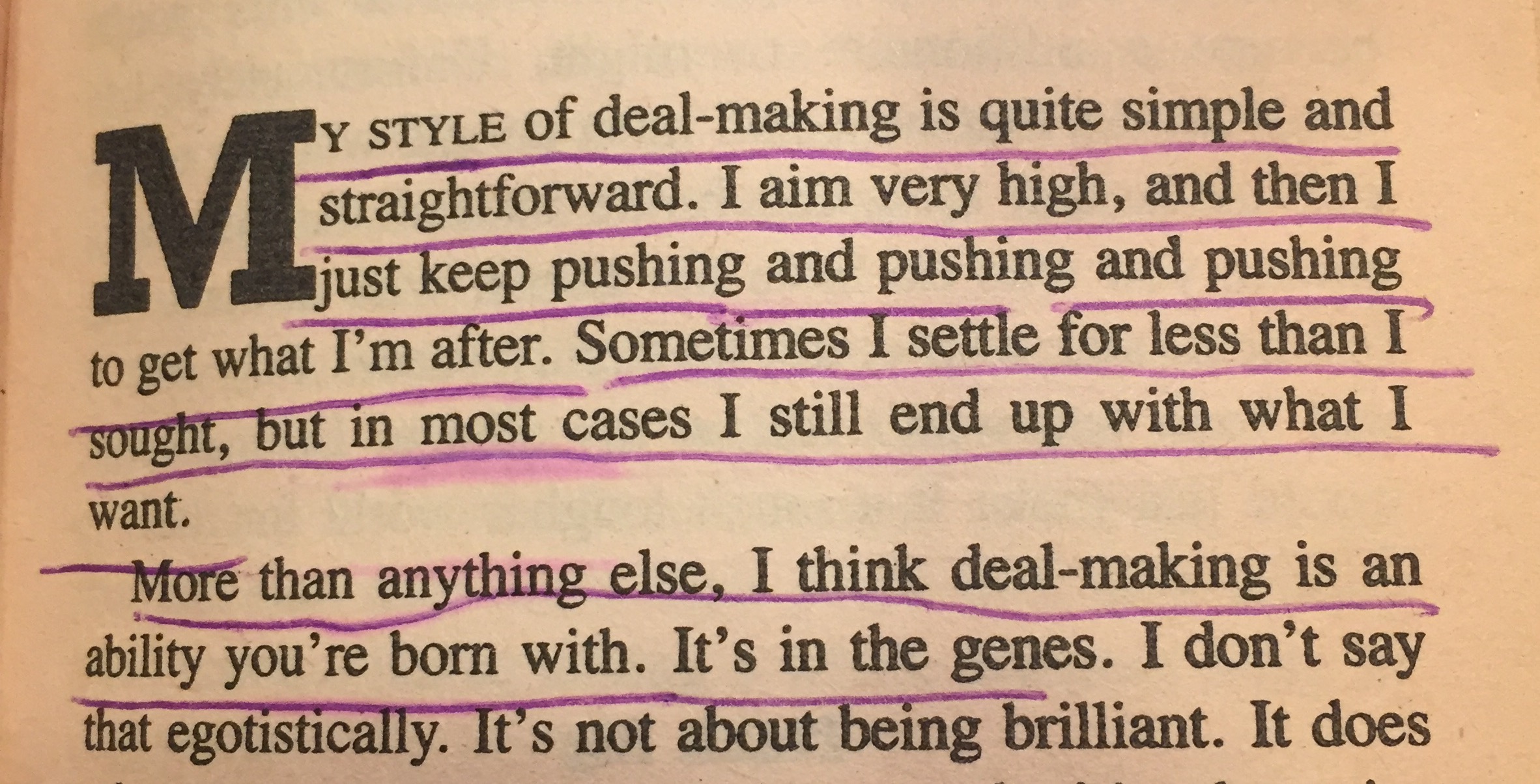 I am usually mild-natured and rarely get upset. But that is how I feel during this quiet beautiful morning after my town was just deluged with crystal balls of hail. They sparkled like diamonds as they crashed onto the bricks of our garden. There is silence now, and the sun has cut through the clouds. Everything is so green.

Why am I angry?

The writing was on the wall. The evidence before my face. Donald Trump’s memoir rested on a dusty shelf in my garage. I usually keep most books that I buy, and I toted this one all the way from Kansas City where I managed a jewelry store. I bought it in 1987, when I was hungry to excel in sales and business.

I fantasized that I would one day be as successful as the man on the cover, kneeling handsomely with a long black coat under his name that was gold-embossed in capital letters.

The pages never spoke to me directly, and I felt a sort of uneasiness with advice that went against my conscience.

I remind myself that anger is a wasted emotion.

As a young diamond merchant I was already honing my craft, and learned that a successful salesperson never “pushes,” but gently leads the customer to the correct solution. This might sound like a play on words, but the former suggests that one should sell at all costs, without concern for the customer. The second idea puts the receiver first.

“Sometimes I settle for less than I sought, but in most cases I still get what I want.” Pg. 45.

Again, it was clear Trump seemed concerned only with benefiting himself. Trump’s book was one dimensional and hollow. In 1987, I was convinced American success came from practice and the genuine desire to benefit another, not in throwing a tantrum like a child. I also learned that doing business from one’s heart is much more fulfilling than selling to someone who does not need or want one’s offering. I now am certain this philosophy would hold true in any industry, whether in selling pizza, skyscrapers, or trade deals with China.

One can tell much from a person if you read their books, tweets, and social  media. You can understand the character, essence, and mind of a person if you listen with your heart. What I didn’t realize was this person would be running for the President of the United States twenty-eight years later.

I did not realize that a person who struggles from pathological narcissism would actually become the leader of our free world. A person with this personality disorder may never be able to make decisions that require empathy. A pathological narcissist cares less about one’s well-being and more about their admiration.

We need a President that cares about us.

My anger has diminished, but now I am sad.

I’m sad because I did not tell you about this earlier. I did not dream he would be elected. I was sure people would understand his true colors. I am sorry.

Quotes from, “The Art of the Deal.” Donald Trump. 1987. Warner Books. (Ghost-written by Tony Schwartz.)