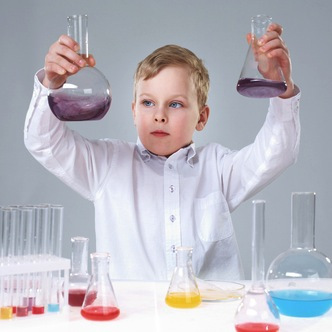 “Miss Jenkins found a cockroach in her house, today,” said Marcus Wilson’s mom as she peeked outside through the curtains.

“Are they bad?” asked Marcus.

“Oh heavens, Marcus, cockroaches are filthy and dirty and carry germs. Do you remember the time we found one on our front porch? If you ever see one, Marcus, stomp it and kill it.”

Marcus loved all six-legged creatures, but didn’t realize there was such an evil bug.

Being a fairly good student in the sixth grade, Marcus would utilize what he learned from Mr. Roger’s class to kill roaches. During science, Mr. Rogers demonstrated how mixing baking soda and vinegar in a bottle could blast a cap all the way to the ceiling. There would have to be a concoction, or more like a poison, that a cockroach could dine on just before flying to that big bug heaven in the sky.

As soon as Marcus’s mom descended into the basement to do the laundry, Marcus already scooted a chair next to the kitchen sink and hopped on. Now he commanded full access to the cupboards above and the bottles around the sink.

Marcus had never before seen such an elevated view of the kitchen. He was now as tall as the refrigerator, and his dad, who would be proud of his invention when he came home from work. He was a mad scientist, and summoned full control his laboratory.

Since the cockroach was found in Miss Jenkins’s bread drawer, Marcus was certain the insect loved to feast on bread. Marcus grabbed one of his moms favorite china plates with the purple and silver rim. This would act as a welcoming mat by the front door. Marcus dropped crumbs of bread from a loaf nearby and sprinkled it all around the rim.

Marcus felt pride devising such a genius invention. No roach, no matter how big, could escape the deadly Wilson trap.

The clothes washer and dryer rumbled in the basement. Marcus did not consider himself victorious until he developed the final elixir of death. He opened the cupboard to his left. There was a box of opened baking soda and a flask of vinegar. The cupboard to the right offered a bottle labeled rubbing alcohol.

Marcus plopped ten tablespoons of baking soda in the center of the saucer. Then he poked a hole in the mountain of white powder and filled the volcanic structure with a lake of alcohol. Finally, he poured a large jigger of vinegar into a paper cup and slid it close to but not touching the combustible powder. When the roach slid toward the center, the ingredients would mix together and vaporize into venomous fumes. Bye bye roach. Marcus gave a crazy laugh, wondering why no one ever thought of this before.

The steps of his mom returning up the stairs startled Marcus and he bumped the plate. He wasn’t sure if his mom would be angry or proud.

“Marcus, what are you doing standing on the chair?” his mom yelled. “And what’s bubbling on my good china?”

Marcus noticed the accidental chemical reaction. “Uh, Hi, Mom, I’m making a poison to kill roaches.” Marcus tried to hide the evidence and began stirring the foaming mixture, but it only became a vortex of death, shooting poisonous alcohol fumes into the air.

Marcus’s mom observed the opened bottles next to him, and spanked him twice on his flanks. “Do you want to poison yourself, Marcus? Get off that chair and don’t ever do that again!”

Marcus raised his arm with a combination of victory and tears and yelled, “But mom, in the name of science!”

“Marcus, you could have poisoned yourself. What have I told you about staying away from these things?”

Marcus’s mom threw the saucer into the sink and flushed it with water. The Wilson trap would have been the world’s most efficient roach killer. Marcus knew that for sure.

12 thoughts on “The Mad Child Scientist”