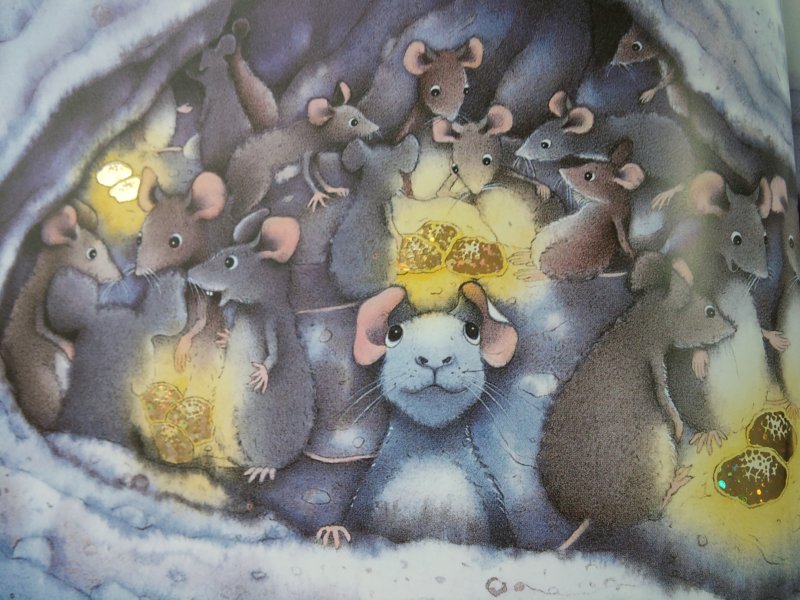 Years ago I remember spending time with my little girl reading children’s books.  I’m not sure who enjoyed the stories more but there is one tale I will never forget.  It was called, “Milo and the Magical Stones.” Milo was a mouse that lived on an island with other mice. He discovered a beautiful, shiny, golden stone in the crevice of the mountain. He saved it and always admired it’s wonderful glow.  When the other mice discovered his find, they greedily began digging into the mountain, hoarding and stockpiling every shiny stone they found, until the mountain was so weak it eventually collapsed into the sea.

The final pages of the story, however, offered an alternative conclusion:  The mountain did not collapse.  This happened because  other mice learned from Milo that one should return a treasure back to the island for every treasure it gives. Whenever a mouse retrieved a shiny stone, it would return another in its place.  The mice spent hours hand-engraving complimentary rocks with ornamental designs to show appreciation to their island, then buried it where they found the golden stones.  Every mouse had a treasure to enjoy while living on a safe and beautiful island.

A moral of the story is the importance of giving.  It is difficult to enjoy the wonderful fruits of the Earth without sharing one’s appreciation. A jewelry customer may have various intentions for rare objects of beauty, such as personal adornment, to symbolize a special occasion, to preserve a wonderful memory or, as in the story, to simply hoard and stockpile.

It is simply the jeweler’s mission to serve his customers wants and desires. He or she has no control of a customer’s intentions.  However, he does have control how he gives back to society and the Earth from his profits. When giving, one must show relevance. For example, the profit from the sale of a gemstone may be returned in some form to help the workers of the country and mine where the gemstone came from. The profit from the sale of a pink gemstone, like a pink sapphire, may go to a charitable institution such as research for breast cancer.

It may be impossible to give too much. As a side note, I have found that the gift of conversation is sometimes more beneficial to society than a dollar amount one may give. Sometimes people just want to be acknowledged. Sometimes they just want someone to talk to them and listen to them. Whenever I have given, I have never returned to my office broke. I have never been bankrupt.

In 1993, I wanted kids to be able to express their appreciation for their mothers. In return for their efforts, they could compete for a prize that I could give, like a diamond or other gemstone.  The idea gave birth to the Why Mom Deserves a Diamond® contest.  Tens of thousands of families have since come to Gallery of Diamonds jewelers, the flagship store, to have a mother and child experience.

The act of giving was the secret of Gallery of Diamonds becoming a national leader in the sales of mother’s jewelry. Also, the essays of hundreds of thousands of kids resulted in a series of anthology books. Since the contest is an academic project, the logical charity from the book proceeds is the local library. The library, in turn, purchases educational material for children and adults about reading, writing, and self-expression.

As a word of advice, please learn to enjoy giving without expecting anything in return.  Whether you wish it or not, the miracle of giving will always return its shiny, golden treasures to the giver, whether it is in thousands of new customers, more money and wealth, and in knowing that you are fulfilling your life’s purpose.

You can buy Milo & the Magical Stones on Amazon:

6 thoughts on “The Benefit of Giving”